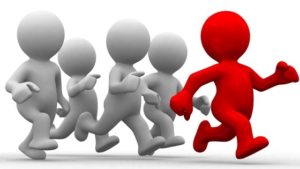 One of SmartKlub’s goals is to empower people to take an active part in determining how their energy needs are met. Enabling the community to organise themselves and engage with local initiatives and government provides an opportunity to build and utilize local knowledge, cohesion and trust.

Despite this exciting potential, discussion of ‘active citizenship’ can be difficult to promote due to its generality and controversial past.  For example, within the neoliberal agenda of the last 30 years, the active citizen has often been viewed as an opportunity to roll-back the state. Rather than supplementing existing schemes by involving communities in decision making, schemes have displaced local government with the justification that ‘the community will fill the gap’.

This path has left many disillusioned with the idea of civic participation; a state which has contributed to a feeling of disenfranchisement and underrepresentation, the exact opposite of the outcomes we would expect from civic engagement. This is due to a lack of recognition that communities and governments have different (if overlapping) skill sets and yet they work best when they work together.

Activate citizens in the sense that SmartKlub sees them, are people who are engaged and involved in their own governance; people who take an interest, influencing and acting on public decisions. An active citizen is not freed from the state but free to be a part of the state and society’s chemistry to achieve common goals.  Not to replace government but to join in effectively at community scale.

The active citizen is one who understands that governing is a collective task, which recognises their own responsibility to take part without being abandoned. The CAPE project is designed to bring local businesses, local government and local communities together to build on their individual strengths and create energy projects that work for social good.