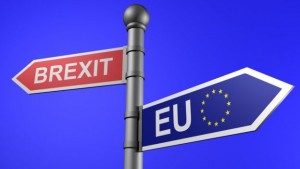 The implications of last year’s EU referendum vote have already been significant and far reaching. Many impacts have yet to be experienced and can only be guessed at by those experts that we are all so sick of. While everybody is tired of the talking about Brexit already, there is one conversation that has fallen mostly under the radar.

We hear endless commentary on immigration policy and the economic impacts; yet, the future of UK energy has been largely ignored. While most people don’t spend every day thinking about recent developments in energy policy, it is arguably the way the EU touched most of our lives most directly. From appliance labelling, to vehicles standards and even the transition to a single energy market the EU shaped a unique commodity that everyone uses in a modern economy.

So, as we take a step back and appreciate this change that few of us anticipated, let’s think about what Brexit really means for energy in the UK. The largest part of EU law, that is the area where the EU directed countries most was environment. The EU defines the UK’s policy on chemical regulation, habitat management, waste management and climate change. The UK, despite its long history of taking the lead on EU energy policy, has no coherent plan to combat climate change once out of the EU.

What will happen to our climate commitments as we struggle to negotiate trade agreements, stimulate economic growth and re-evaluate our new budgets outside the EU? Will we fund renewables, will we tax carbon emissions, and will there be money for research? Like so many of the consequences of Brexit, no one knows.

However, even if the UK decreases or even drops its commitments, many local authorities will continue to be signed up to ambitious carbon reduction targets. It was this realisation that led me to ask, what is the role of local government in the UK’s post-Brexit energy policy?

Surprisingly, there is no data on how many local authorities currently have carbon reduction targets. The best I could find was a Friends of the Earth study from 2011 claiming 29%. Given the importance of local authorities in climate mitigation (the subject of my next blog) and the current uncertainty surrounding central government their role requires some investigation. This is the subject of my research with SmartKlub.  A project that will hopefully shed some light on the role local authorities can be expected to play in the UK’s energy future. Either way, watch this space as I will keep you posted on what I find out.