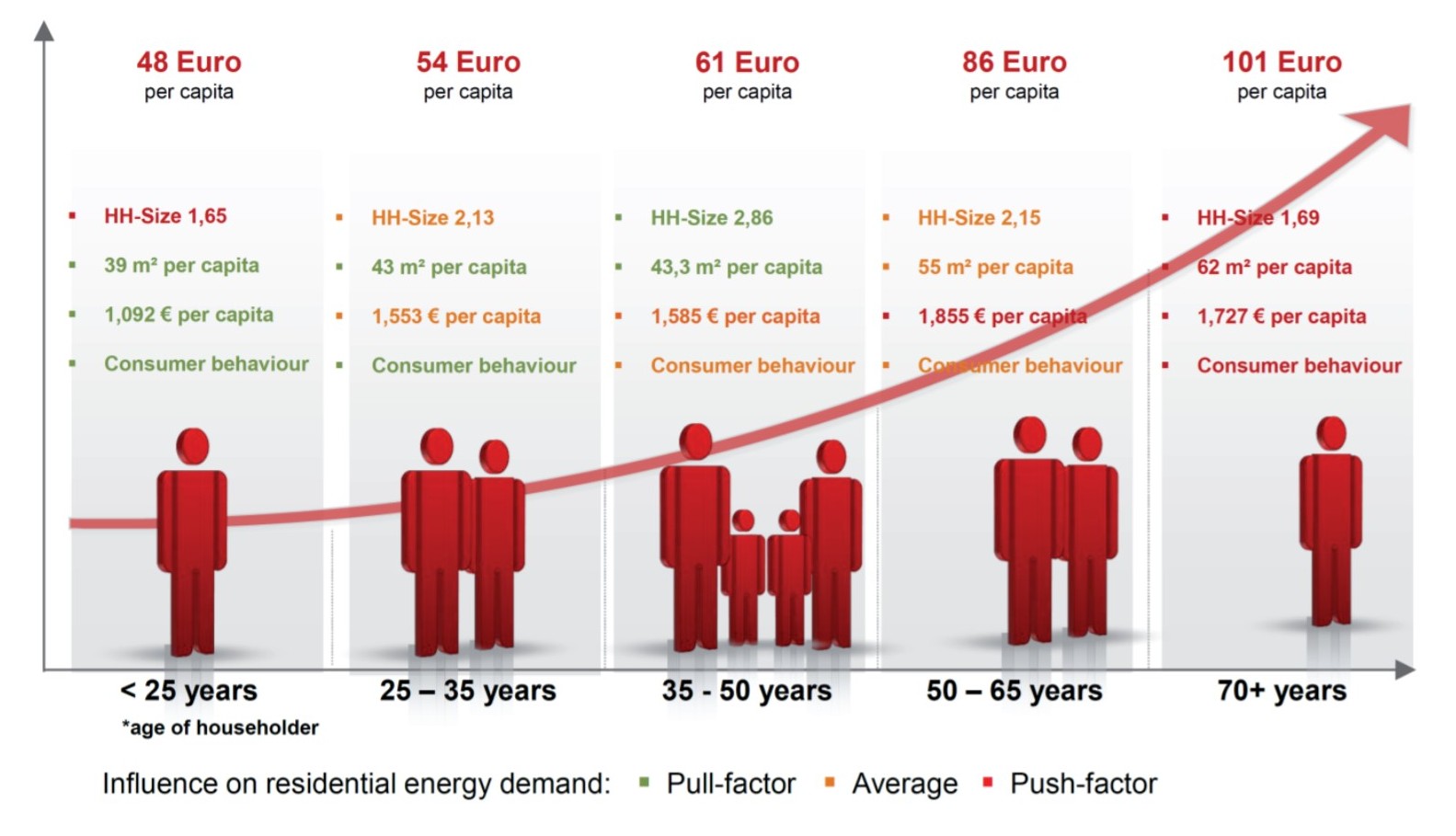 The UKs population is ageing. Source: The Guardian

The UK’s population is ageing. This will put more pressure on public health services, pension demand, the economy and social care. But what does this mean for the UK’s domestic energy demand?

Energy demand in the home is influenced by a number of factors; building characteristics, investment in energy efficiency measures and socio-economic and demographic characteristics, including age. Whether an ageing population will alter the UK’s energy demand is thus highly dependant on the older generations energy usage and behaviours. Here we will seek to understand the factors associated with an ageing population that may lead to this.

Currently 27% of UK households are occupied by older residents. An older generation is likely to spend a greater amount of time at home, rather than at work or elsewhere. Therefore, their domestic energy usage may be higher than that of a younger population that spends more time out of the house. In fact, a study by Guerra Santín (2010) found this theory to be true; in The Netherlands older residents tend to consume more energy than younger ones because of the amount of time spent at home. As well as spending more time at home older generations are more likely to feel the cold, and be affected by cold related illness. To alleviate these issues domestic temperatures are higher resulting in a greater energy demand.

It has been suggested that older people are likely to be more reluctant to adopt new, more energy efficient, technologies into their homes. Retrofitting homes is an important step to make in order to increase energy efficiency and reduce energy wastage. An unwillingness to adopt these new technologies by a growing proportion of the population could result in increasing energy demand.

Household size also plays an important role in energy consumption. York (2006) argues that older populations tend increase the number of smaller households. This occurs when a households living space is not adjusted to the number of people living there. For example, an ageing resident may stay in a house designed for a larger family even when children move away or a partner is lost.  If the energy consumption remains the same this may lead to an increase in energy usage as the number of smaller households increases.

An ageing population is likely to increase energy demand in the UK via a number of key factors. It is important to recognise this challenge in order to adapt accordingly and plan for future energy demands.