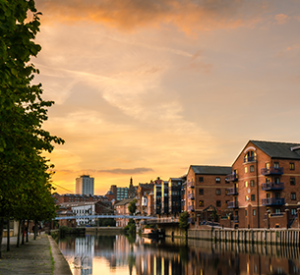 Introducing the essential tools for building the perfect Smart City

The purpose of this blog is to introduce a set of Smart City standards, which provide the ideal basis on which to build a collaborative, innovative and sustainable city. The standards were formulated by the British Standards Institute (BSI). Those featured here are the ones considered relevant to SmartKlub’s city customers and partnerships.

When considering a such a massive challenge as Smart City transformation, policy-makers and stakeholders often find it difficult to know where to start.  These tools will help to avoid this situation and kick-start the Smart City evolution.

PAS 180 defines terms and concepts for Smart Cities. It covers information, processes, methodologies and applications. It is aimed at UK city leaders, but can also be helpful for leaders of communities other than at city-scale – including both smaller urban areas, or larger regional-scale initiatives.

However, the prime intended audience is UK city leaders. This includes policy developers in city authorities such as elected leaders, or executives of local authorities. But also, other interested  and influential stakeholders, such as private sector executives, or community innovators.

PAS 181, or the “Smart City Framework” (SCF), is a guide intended for use by all leaders of Smart City programmes. It provides ‘how-to’ advice based on current best-practice. It has been produced based on intensive engagement with city stakeholders.

The traditional operating model for a city has been based around service providers that operate as unconnected vertical silos, which are often not built around user needs. The SCF seeks to allow Smart Cities to develop new operating models that drive innovation and collaboration across these vertical silos.

PAS 182 describes the “Smart City Concept Model” (SCCM) which addresses the lack of data interoperability between city sectors by defining an overarching framework of concepts and relationships. Currently, without the SCCM, each sector has its own models and terminologies that enables data to be understood within that sector. However it forms a barrier to interoperability with other sectors.

In a Smart City, it is vitally important for organisations and citizens to share data. The SCCM defines 27 concepts that describe the entities that are contained in city data and highlights where those concepts are linked for city scenarios.  With a common understanding of these concepts, decision-makers can share and re-use information in order to efficiently deliver positive change.

PAS 183 is currently in formation and should be released in 2016. It will set out a guide for Smart Cities to establish a decision-making framework for sharing data and information services.  This can be decisions on citywide procurement as well as operational activities.

PD 8100 offers a guide for Smart City leaders. It provides a fantastic summary on how to “make a start”. This includes agreeing a city vision, capability assessment, performance measurement and the development/implementation of a city roadmap.

PD 8101 provides guidance on how infrastructure and development projects can be designed and built in a way that facilitates a city’s progress towards becoming smarter. This is important because it is easier to place the foundations of a Smart City within a new development at the planning stage. It also provides a cost-effective opportunity to test and trial Smart City products and services. Additionally, the use of smart data can enable significant savings in the implementation and management of a new development.

This mainly focuses on major developments, but also refers to the opportunities offered by refurbishment programmes, major infrastructure projects, street works and improvements to the public realm. It is useful for everyone involved in the planning and implementation of infrastructure and development projects.

These standards are new and emerging and so not as well-known as they deserve to be. They are an incredibly useful tool for any city looking to take on a Smart City status. This blog series has therefore been created to encourage the utilisation of these tools. This introductory post will be followed up with additional information and news on Smart City standards – so watch this space!  Please follow the included links for more details from the BSI website.

*A PAS (Publicly Available Specification) is a standardisation document which can be initiated by any organisation in collaboration with the BSI. A PAS can provide product specification, codes of practice, guidelines and vocabularies. There is also the potential for a PAS to be used as the basis for certification schemes and they can be developed into a British or International standard.

**PDs are Published Documents and are the standards that usually emerge from the PAS.  A PD does not have the same status as a British Standard.